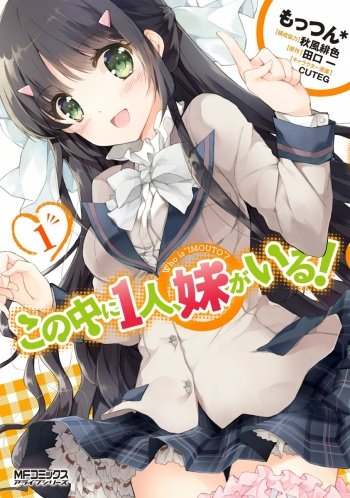 My Little Sister is Among Them!, Kız Kardeşim Onların Arasında!, Who is "IMOUTO"?, この中に1人、妹がいる！

Mikadono Shougo is the son of an industrial magnate named Mikadono Kumagorou, who passed away. As a final wish, Kumagorou gave Shougo a condition before Shougo can inherit the family legacy — find a female mate at school. Shougo transfers into a school to fulfill that condition. However, he learns that he has a younger sister who was separated at birth. He does not know what his long-lost sister looks like, but she happens to be one of the students at his new school.