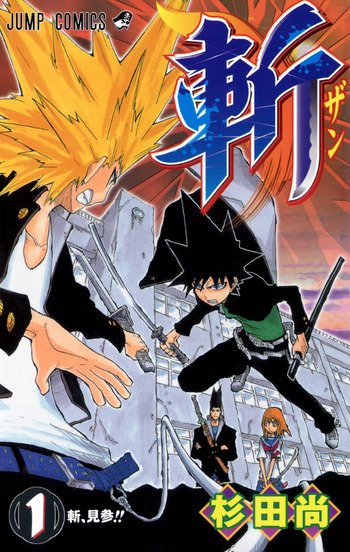 Zan’s father was a legendary swordsman who used a sword which had no blade. Ever since he died, Zan has wanted to follow in his father’s footsteps. The manga begins with the boy transferring to a new high school. When pushed, Zan becomes super strong and has an incredible sword technique that allows him to beat his enemies.