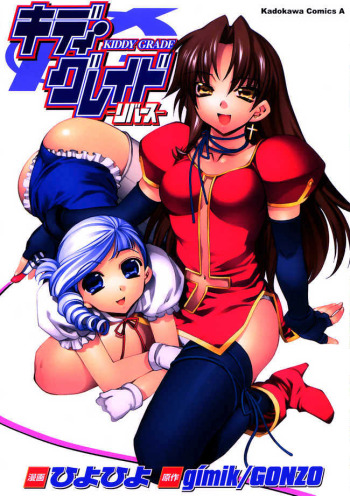 Side story that takes place between episode 2 and 15 of the Kiddy Grade anime.  After suffering numerous interstellar wars, mankind has finally formed an interstellar union. However there are still many disputes and wars occurring amongst the members of the union itself. In order to resolve these problems, a secret organization, known as GOTT, is formed. They employ agents with special powers to fight for the organization. Agents Eclair and Lumiere are two girls with outstanding abilities, and they are assigned as partners. Together, they fight, and slowly uncover more and more about the secret of the organization that they work for.

Second Life of a Gangster