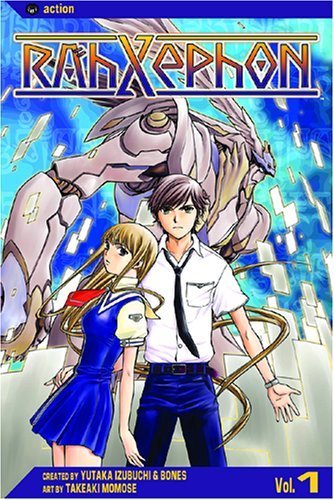 Action, Based on Another Work, Drama, Mecha, Sci Fi, Seinen

Action, Based on an Anime, Drama, Mecha, Sci Fi, Seinen

Ayato Kamina may seem like an average boy in a devastated world, but after being captured by TERRA, a military organization set on saving the world from the Mu, an alien race set on “tuning” the world, he realizes he is an instrument in deciding the fate of humanity and piloting RahXephon. Not only is Ayato the only person who can control the mecha, but he also has a terrible fate of his own. Holding onto memories of his old life and grasping to keep his own humanity, he must struggle in this new world and realize his true potential with RahXephon.

I Get Stronger the More I Eat

I Got a Fake Job at the Academy