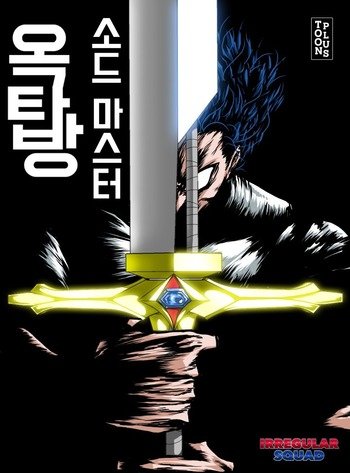 After being beat up and put into a coma by eight of his classmates at Neung Kwang Middle school, Seayoung woke up after nine long months and found out that his father committed suicide by self-immolation in an attempt to get justice for what happened to him. As a result, the investigation re-opened and that attackers who tried to sweep it under the rug received a proper sentence for their crimes. But Saeyouing was unable to assuage the anger and fear he felt for the unjust world. Saeyoung thoroughly hid himself from this sort of world. The sun would rise and set, the seasons changed, and not once did he step outside of his home. But one day, a sudden and strange sound enticed him to open the door… Embedded in the center of the rooftop was a gigantic blade emblazoned with the words “fighting sword” and with it, came the whispers of a God.