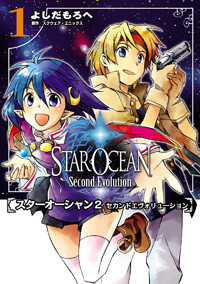 Adventure, Based on Another Work, Fantasy, Magic, Sci Fi

Adventure, Based on a Video Game, Fantasy, Magic, Sci Fi

Rena is a girl living in Expel. From a young age, she has always believed strongly in the legend of the Warrior of Light and believed that one day he will appear before her. Then on one day, the Sorcery Globe fell upon the planet of Expel, causing chaos to the planet. Later Rena met Claude when she was at the Shingo Forest, who had saved her from a monster with a weapon that shoots a dazzling light .Rena had believed that Claude was the Warrior of Light in the legend, but Claude had denied it. Despite that, the both of them set off together towards Eluria, where the Sorcery Globe fell, in order to investigate it, meeting new people and gaining new allies on the way.