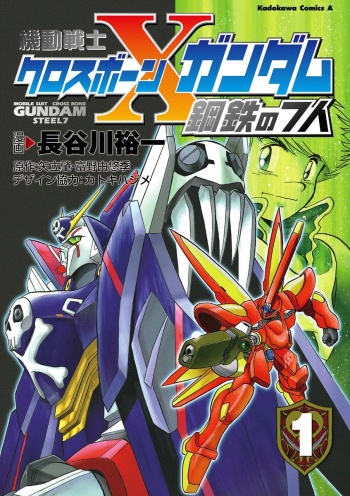 U.C. 0136: Steel Seven introduces Bernadette Briett’s step-mother Europa Dogatie, who flees to Earth to warn the Crossbone Vanguard that the Jupiter Empire is building a giant colony laser in order to destroy Earth. Tobia must race against time and agents of the Empire to recover a means with which to get to Jupiter, and to recruit the best pilots he can muster for what seems to be a suicide mission.

Our Team Is the Last Anyway

A World of Our Own