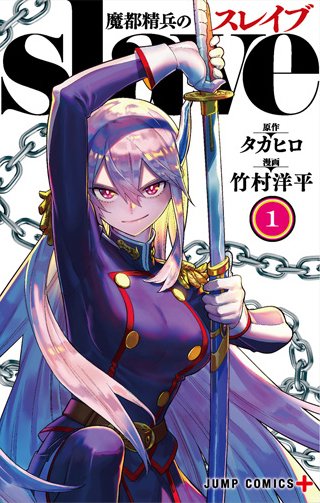 The demon-filled dimension known as “Mato” has opened to threaten humanity, and a type of “peach” tree that grows there yields fruit that confers special powers to those who eat it, giving humanity a fighting chance, but this only works for women. Subsequently, as protectors of humanity, women rise in social status while men are relegated to second-class citizens scraping for basic occupation and acknowledgment.Cue Yuuki Wakura, a domestically crafty high school senior whose sister was taken during a Mato event five years before; while lamenting the hardships of the life ahead of him, an event opens before him, and while being rescued from demons by Captain Kyouka Uzen of the Anti-Demon Corps, she confers him powers as her “slave” and turns him into a mighty beast mount that mows down the demons.However, there is a surprising price to pay for being her “slave”… and it’s not him who has to pay it.